Being a parent is a difficult job at the best of times. Every parent wants to give their child the best chance at living a long, happy and healthy life, but the correct choices toward this end are not always clear. Is my baby a perfect little miracle as they are, or do I need to amputate parts of their genitals? Should I colour code their clothing so strangers can make assumptions about their genitals and preferred societal roles? And the big question parents must ask themselves: do I have my child vaccinated and risk having a child with autism, or do I contribute to the preventable return of diseases that would kill millions of babies? So many difficult choices facing parents! In this article I hope to uncover the truth behind vaccines, how they work and discuss their controversial connection with the dreaded autism spectrum.

I like to try to find the beginning of an idea. In the case of vaccination, the earliest seed of the idea seems to exist in a text from 340 CE known as History of the Peloponnesian War. In this writing, the author (Thucydides) observes that people who’d caught and recovered from a plague did not get the plague again on re-exposure.

There is evidence of deliberate smallpox immunisation in Chinese Medicine as early as the 10th century CE and their use is documented across Europe in the 18th century CE and while it did sometimes result in death, the populations who used this method fared better overall against smallpox.

The modern approach to whole community vaccination via injection to eradicate diseases began in the early 19th Century and by 1980, the fight against smallpox was won, and the disease now exists only in secret doomsday laboratories for “research purposes”. Vaccines now target a variety of diseases. Developed nations routinely vaccinate infants and young children against harmful diseases and even some forms of cancer and basically created an entire species of disease resistant superhumans.

The connection between Vaccines and Autism:
In 1997 a scientist named Andrew Wakefield patented an alternative vaccination to the popular Measles, Mumps and Rubella option and then in 1998 was secretly backed by a legal firm to fabricate evidence for a group of lawyers who were suing the company that produced the vaccines for having side effects. While Wakefield wasn’t the first to suggest a connection between vaccination and autism, the findings of this paper were widely circulated and even after being publically discredited, this paper is frequently cited by people who want to link vaccines with autism and are searching for evidence to support their gut feeling that something very wrong is happening to cause the massive increase in children being diagnosed with Autism.

Autism is a condition which can be terrifying for parents as it can appear in many cases that a child who was developing as expected has regressed in their development. The first indicators of Autism are likely to present around the recommended age for vaccination, with the full effect after the age of completing multi-stage vaccination programs, many children beginning to display symptoms after inoculation. This is likely the cause of the initial speculation in the early 1990s that Autism and Vaccination may be related. The condition is difficult to test for and is identified exclusively by behavioural indicators. As such, national rates of Autism are measured in a rate of diagnosis in eight year olds.

In the United States, 2014 showed a sudden spike in the number of eight year olds being diagnosed with Autism. The number went from 1:150 to 1:68, with the rate being significantly higher in boys than girls. This sudden increase in Autistic children immediately had fringe groups claiming that this increase was due to the vaccines despite there having been no significant change in vaccination rates for children born between 2005 and 2006. So what changed to give all these kids Autism?

Autism is diagnosed on the basis of the definition of Autism provided in the Diagnostic and Statistical Manual of Mental Disorders (DSM). In may of 2013 the fifth edition of the DSM was released. There weren’t many changes but one significant change was the inclusion of Asperger’s Syndrome into the larger definition of Autism Spectrum Disorder. Children who would have been diagnosed with Asperger Syndrome at the beginning of 2013 would be diagnosed with Autism Spectrum at the end of the year, just in time to have the rate of diagnosed Autism jump from 0.6% to 1.5%. This isn’t the only significant jump in the rate of Autism diagnosis however. Prior to 1980 only one child in 10,000 was diagnosed with Autism. So what happened there? Well, the DSM-III was published that year. The new DSM focussed on identifying conditions on the basis of symptoms rather than cause and allowed for a greater rate of diagnosis of Autism which is only identified by symptoms. So it seems these jumps in the rate of Autism diagnosis have more to do with diagnostic tools and definitions that they have to do with the actual rate of the autistic behaviours presenting. 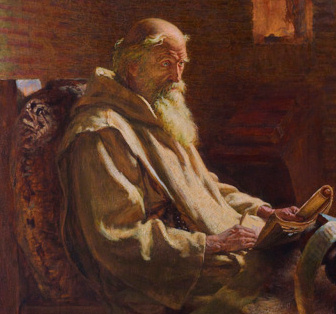 So Autistic behaviours have been around for some time, but so have vaccines. Is it possible that vaccines have actually been causing Autism under a different name since the tenth century CE? In Bede’s History of the English Church and People (731 CE), he tells a story of a young man who had never spoken a word but after the priest drew the magic cross on the youth’s tongue he gained the ability to repeat single sounds and eventually was able to recite entire sentences verbatim and eventually just kept reciting whole phrases over and over until he fell asleep (pg 304). The behaviours described in this story are common of how some people with Autism relate to language. The youth in the story is also described as having little care for his appearance and alludes to other communication issues. Even after he goes through his Disney Makeover and becomes a hansom and relatable young man, he chooses not to stay and be the priest’s servant, but returns home where he lives alone among his things that are familiar. With this historical evidence, it is clear that Autism has existed longer than purposeful immunisation, which has itself existed for over 1000 years. But if Autism is not caused by vaccination, then what is the cause?

Throughout many ancient cultures there is the story of the changeling. The terms and titles of the fae creature responsible for the exchange of a counterfeit baby in the place of the real child will vary by culture and time. Martin Luther believing changelings to be the children of Satan, while older beliefs would claim they are the children of trolls, dwarves or elves. Sometimes the changeling is an elderly fae creature who has been placed in the care of human parents to be cared for in their final years, but the earliest stories indicate the counterfiet child being the offspring of the kidnappers. The changelings in these stories are generally male with slightly altered appearance and strange behaviour. This strange behaviour could include unusual interests, appearing to not recognise parents, strange wisdom or abilities, difficulty in communication, and distant personality. Frequently these stories talk about the changelings ravenous appetite, giving a grim indication of where a story about subsistence level farming families might be going with their decision to ask their community for advice on the matter of dealing with a child who eats but cannot contribute to the work. But think twice about drowning the Autistic elf who has replaced your child, as Irish folklore generally indicates that the stolen human child will be well cared for as long as the changeling is nurtured by the human parents who the fae consider more able to provide for their offspring’s needs.

Given that the available evidence would suggest that being kidnapped by faeries is a more likely explanation for the development of autistic behavioural characteristics in young children than it being a consequence of receiving the standard round of vaccinations against common and preventable diseases, I am now able to provide meaningful advice for parents of young children who are terrified of the possibility of raising a child with special needs: 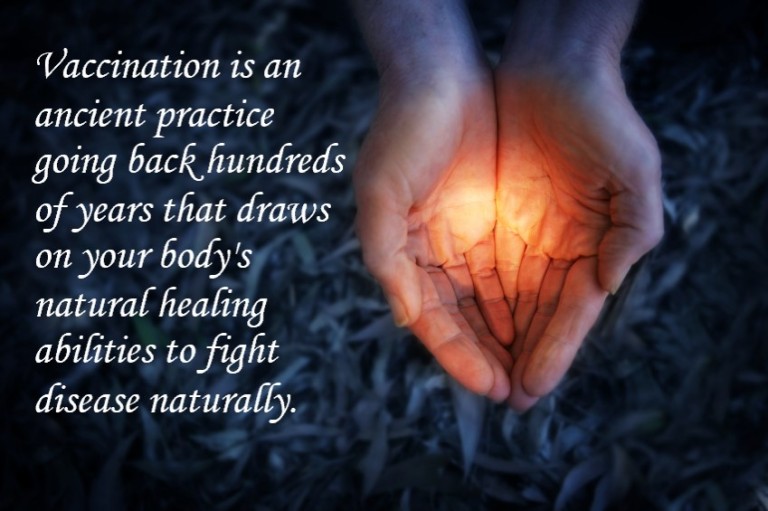 One thought on “Vaccines and Autism: Uncovering the Truth”